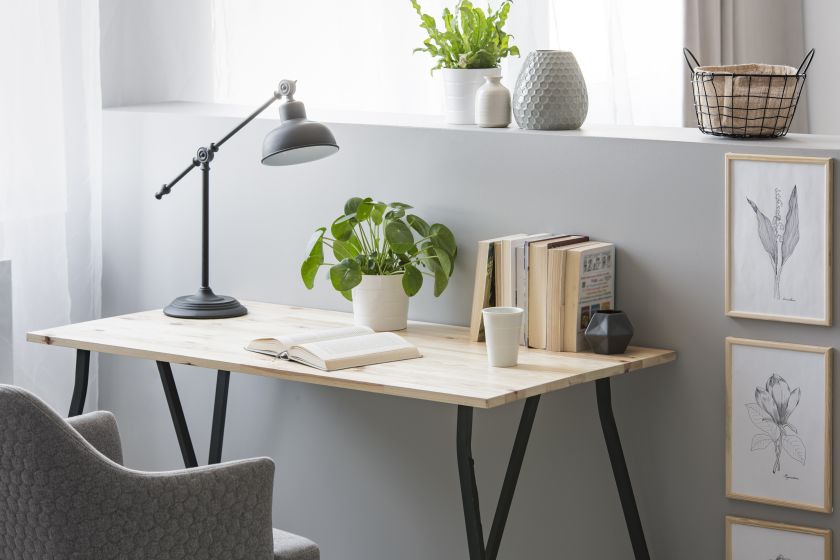 The excesses of the UK’s recent heatwave may have peaked, but there’s still plenty of life left in the summer, both at home and abroad. And so, whether you’re relaxing on a beach, sitting in the garden, or killing time on planes, trains and automobiles, there’s nothing better than burying yourself in a good book.

But if you’re staring at the bestseller lists and feeling underwhelmed, we’re here to help. We’ve hand-picked ten unique, original, inspiring reads for creatives you may not have thought of. Ranging from painting to photography, each takes a deep dive into its respective subject to help educate, inform and entertain you in equal measure.

You may find some of these titles at your local retailer. But if not, don’t worry: you won’t have to feed the Amazon beast. We’ve included links to Bookshop.org, which is on a mission to financially support local, independent bookstores. (Note: we don’t make any affiliate revenue on these links ourselves: we’re purely interested in supporting fellow creative businesses.)

1. What Artists Wear by Charlie Porter

Art and fashion have always had a tumultuous and unpredictable relationship. On the one hand, there’s a long-running stereotype of artists and bohemians wearing black, featureless clothing. But others have seen clothes as tools of expression and canvases to show who they really are. And this unique, wide-ranging book celebrates the latter in all their glory.

Style guru Charlie Porter takes us on a voyage of discovery, from Yves Klein’s spotless tailoring to the kaleidoscopic costumes of Yayoi Kusama and Cindy Sherman; Andy Warhol’s signature denim to Charlotte Prodger’s casual wear. His trained eye picks out the relevant details, helping us both understand the featured artists on a deeper level and giving us ideas and inspiration for dressing ourselves more imaginatively. 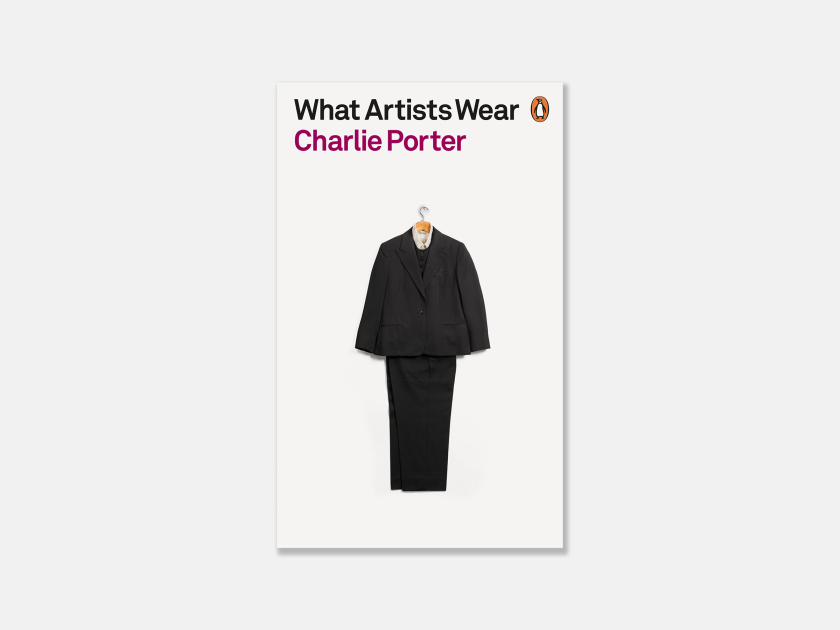 What Artists Wear by Charlie Porter

2. I Paint What I Want to See by Philip Guston

Philip Guston (1913-1980) was a Canadian American painter, printmaker, muralist and draftsman who’s now considered one of the most important American painters of the 20th century. If you’ve never heard of him, this is a great introduction; if you have, this book will deepen your knowledge and understanding.

A founding figure in the mid-century New York School movement, Philip Guston helped pioneer a modified form of representational art known as neo-expressionism. This expertly curated selection of his writings, talks and interviews draws together the artist’s most incisive reflections on iconography and abstraction, metaphysics and mysticism, and the nature of painting and drawing.

3. Black Artists in British Art: A History since the 1950s by Eddie Chambers

Mainstream publishing and media haven’t always done a great job at representing the contribution made by black creatives to the British art scene. This book aims to right the balance and tells a compelling tale.

From the 1950s onwards, some of these artists, with backgrounds in Africa, the Caribbean, and South Asia, were regarded and embraced as practitioners of note and merit. Others were not, so on occasion, they came together and made their own exhibitions or created their own gallery spaces.

Beginning with the pioneering generation of artists such as Ronald Moody, Aubrey Williams and Frank Bowling, author Eddie Chambers candidly discusses the problems and progression of successive waves, up to and including contemporary names like Steve McQueen, Chris Ofili and Yinka Shonibare. It’s all meticulously researched, fully comprehensive and endlessly fascinating.

If you assumed gender-nonconformism was a modern development, this tale of an artist born in the Victorian era would quickly disabuse you of that notion. Financially independent and relatively free from social convention, Hannah Gluckstein (1895-1978) rejected any gendered forename or prefix such as Miss or Mr and used the names Gluck, Peter and Hig.

A member of the Lamorna artists’ colony near Penzance, Gluck’s relationships with several women included one with Nesta Obermer, and their joint self-portrait is viewed as an iconic lesbian statement.

This modern reassessment of Gluck’s work is richly illustrated. It features everything from the powerful series of self-portraits that play with conventions of masculinity and femininity to still life, landscape, portraiture and images of popular entertainers. A significant contribution to both gender studies and the understanding of a complex and important modern painter, it couldn’t be a more timely read.

Born in 1957, Raymond Pettibon is an American artist who became prominent in the southern California punk rock scene of the early 1980s, creating posters and album art mainly for groups on SST Records. He’s since become widely recognised in the fine art world for his innovative use of American iconography and satirical critiques of US culture.

In 1985, he began a series called Surfers, which revisits the Californian surf culture of his childhood. These artworks typically feature a lone surfer silently carving a line of beauty along a large wave. This publication traces a selection of 100 surfers from the series, from smaller monochromatic works on paper to colourful large-scale paintings.

This series is about more than a particular sport, though. It goes deeper than that, forcing us as humans to confront our own smallness and feebleness in the fact of the power of nature. And Pettibon’s lyrical writings on these images, referencing his own philosophies, are engaging and challenging in equal measure.

Art has historically been a male world, but that dominance has never been total. Ninth Street Women is the intriguing story of five women who dared to break into twentieth-century abstract painting.

They included Lee Krasner and Elaine de Kooning, whose incredible talent was at times overshadowed by their husbands, Jackson Pollock and Willem de Kooning. There was also Grace Hartigan, who abandoned life as a New Jersey housewife and mother to become one of the boldest painters of her generation; Joan Mitchell, who escaped an emotionally damaging childhood to create magnificent, visionary canvases; and Helen Frankenthaler, the beautiful daughter of a prominent New York family who chose a challenging path.

Author Mary Gabriel tells the remarkable and inspiring story of how these women went against the grain, tore up the contemporary social code, found liberation through art, and help reshape the culture of postwar America. 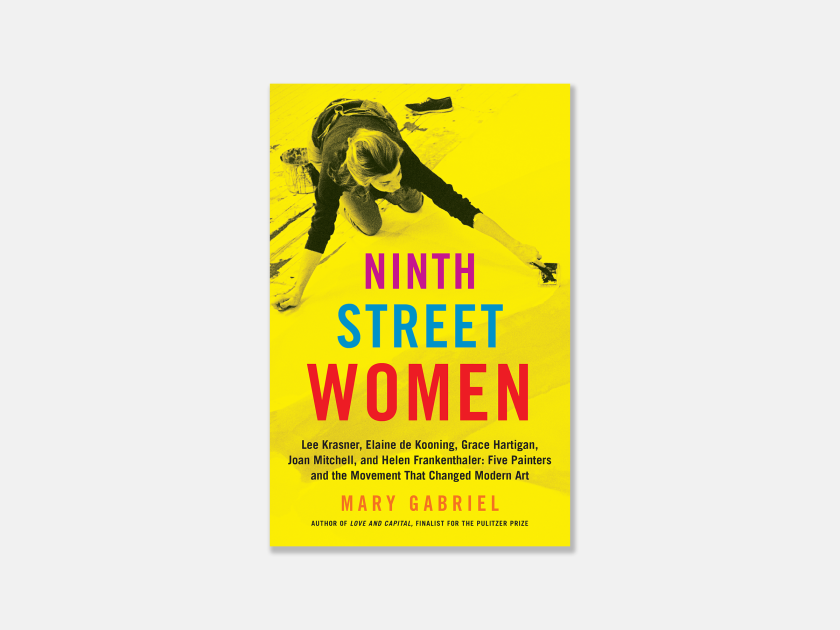 7. On Photography by Susan Sontag

Susan Sontag (1933-2004) was an American writer, philosopher and political activist best known for her essays on modern culture and criticism of the Vietnam War. While she wasn’t a professional photographer herself, her groundbreaking critique of photography, first published in 1977, is required reading for anyone interested in the subject.

Featuring six essays originally published in the New York Review of Books, On Photography examines how we use images to manufacture a sense of reality and authority in our lives. While times may have changed, her analysis remains strikingly perceptive and hasn’t really dated at all.

For centuries, artists have told and retold the complex histories of the African Diaspora. The epic book allows you to explore this enduring legacy by bringing together a selection of more than 400 works and documents by more than 200 artists from the 16th to the 21st centuries. These include oils, watercolours, drawings, prints, photographs, mixed media, textiles, fabric art, sculpture, performance pieces, and installations.

These evocative and often harrowing artworks are organised into eight themes: Maps and Margins; Emancipations; Everyday Lives; Rites and Rhythms; Routes and Trances; Portraits; Afro Atlantic Modernisms; Resistances and Activism. Usefully, scholarly essays put everything in context, from the different approaches to portraiture to examining historical notions of enslavement and emancipation.

Ai Weiwei is a Chinese artist whose father, the poet Ai Qing, was denounced and sent to a labour camp when he was one year old. As an adult, Weiwei has been openly critical of his government and spent time in prison for his activism. In this book, he tells the epic tale of China over the last 100 years via the story of his own and his father’s lives.

The author recounts a childhood in exile, his move to America as a young man and eventual return home, his rise from unknown to art-world superstar and international human rights activist, and how his work has been shaped by living under a totalitarian regime.

As the subtitle puts it, this is “The story of two lives, one nation, and a century of art under tyranny.” Anyone interested in what lies behind the world’s biggest economy will find this an eye-raising, compelling read.

10. The Pursuit of Art by Martin Gayford

Martin Gayford is an art critic best known for his work for The Telegraph and The Spectator. In the course of his work, he’s travelled the globe to see works of art and to meet artists. This book recounts some of those journeys, often to inaccessible places and involving frustrations and complications, but also bringing serendipitous encounters and outcomes.

His entertaining and insightful narrative takes us to Brancusi’s Endless Column in Romania, prehistoric cave art in France, the museum island of Naoshima in Japan, the Judd Foundation in Marfa, Texas, and a Roni Horn work in Iceland. We also get a taste of meeting artists such as Robert Rauschenberg in New York, Marina Abramovic in Venice, Henri Cartier-Bresson in Paris, and a trip to Beijing with Gilbert & George.

Along the way, the author weaves in plenty of insights into travel, art and humanity in general. Anyone tiring of package holidays and looking for fresh ideas for adventure will find plenty of inspiration here.