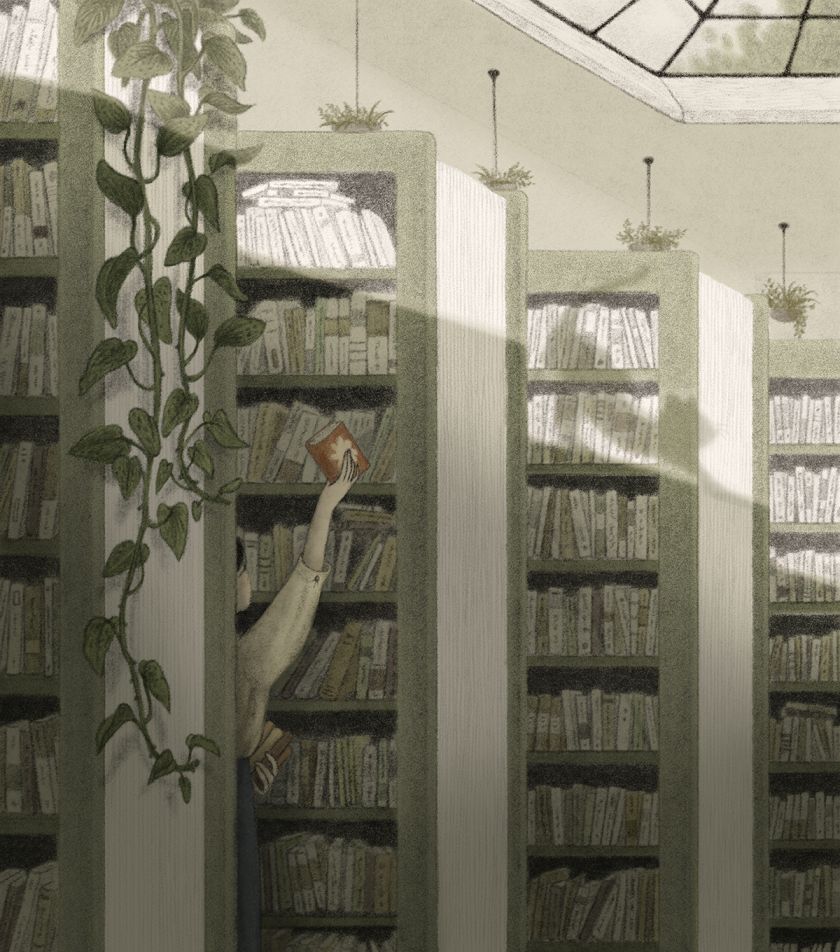 For London-based illustrator and animator Pei-Hsin Cho, drawing is an emotional act. And through her art, she expresses feelings that are otherwise difficult to confront.

Originally from Taiwan, Pei-Hsin has loved drawing ever since she was a child. When she was old enough, her mother sent her to drawing classes where she learnt academic drawing techniques in mediums such as pencil, watercolour and ink. Afterwards, she enrolled in fine art programmes at high school and senior school, but despite her obvious talent and enthusiasm, this journey wasn’t always smooth.

“At that time in Taiwan, being an artist was not a promising career and usually seen as merely a habit.,” she tells Creative Boom. “So I didn’t think too much about what I wanted to do then. I drew because I loved drawing and wanted to refine my skills.

“I always believed I would do drawing-related jobs, but I didn’t dare to dream too big as the environment I grew up in had always given the impression that making art is not a proper job and would lead to starvation.” But having met inspiring artists and teachers during the course of her education, Pei-Hsin was encouraged to devote herself to art and make a positive impact through her work. 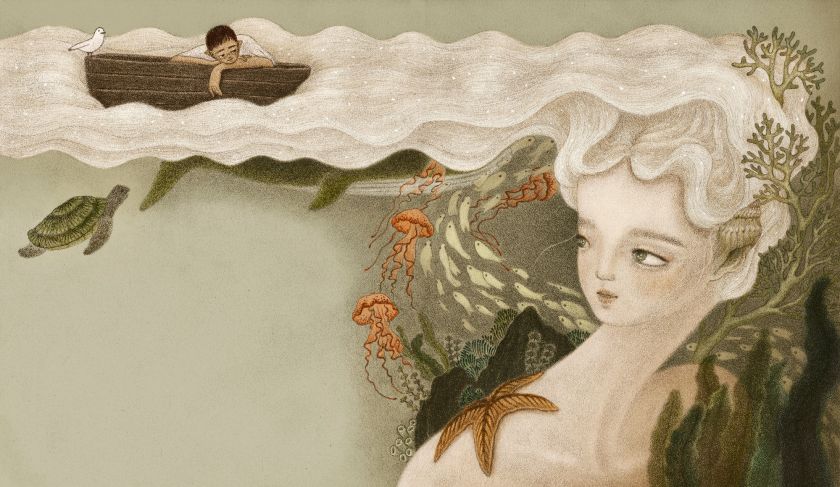 Sentimentality is a recurring theme in Pei-Hsin’s work 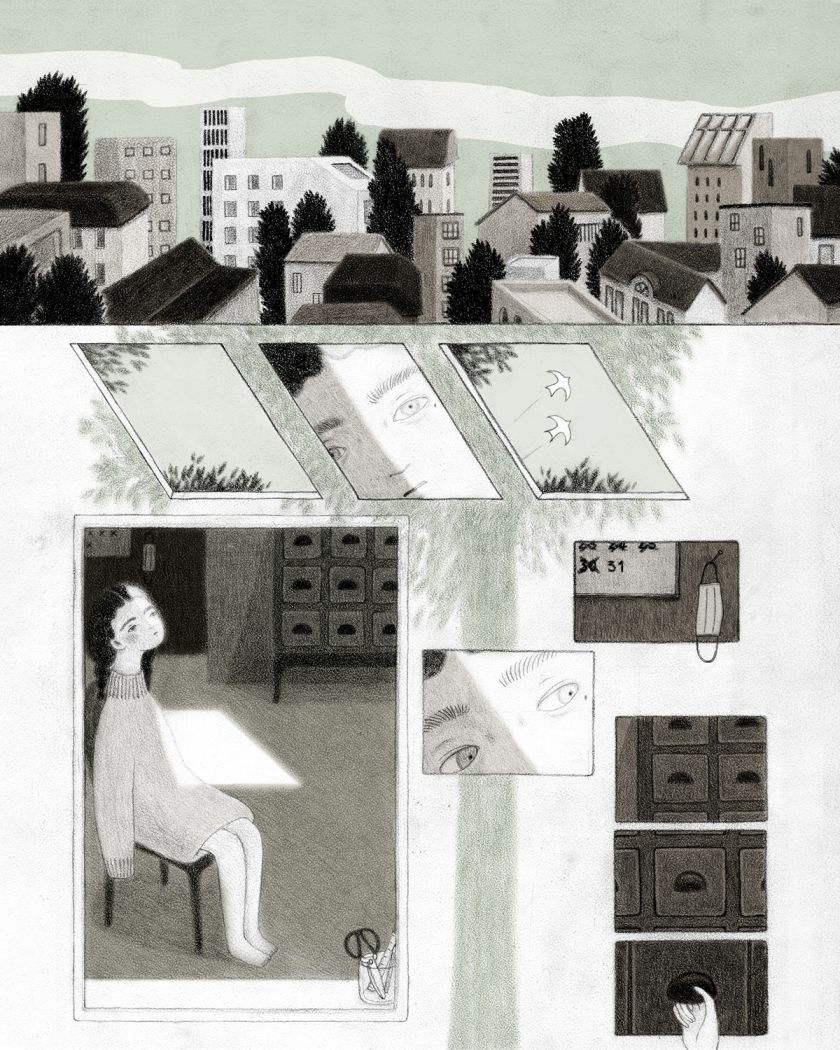 Pei-Hsin likes to tell stories through her art

After graduating, Pei-Hsin freelanced for a year before realising something was missing. “I always felt that I hadn’t done enough exploring the storytelling world. It felt like I was almost finding what my voice could be in art, but I was letting it slip away. So I decided to return to school and study illustration at the Royal College of Art in the UK.”

Describing her style as “delicate, sentimental and ethereal”, Pei-Hsin’s illustrations are mainly inspired by classical paintings, in particular, the hands in renaissance-era artworks. “I’m always drawn to how these simple gestures can deliver so much emotion,” she reveals. “I tend to focus on delivering emotions in my drawings, and learning from classic paintings inspires me a lot.

“When they were made, these paintings had to deliver messages without words to reach more people. Instead of words, these feelings were expressed subtly but powerfully and evoked an emotional response in the viewer, which is what I’m trying to achieve in my art.”

Speaking of emotional responses, Pei-Hsin’s work is preoccupied with exploring introspection and sentimentality. She says this is because, during her childhood, such emotions were rarely expressed or discouraged in her culture. And while she tried to articulate these obscure feelings through words, she realised they simply weren’t up to the job. Instead, she turned to drawings to “fill the hole in the language of emotions.”

She adds: “Emotions are too rich in their subtleties. For me, I found the tool that works for me to cope with emotions is drawing. Emotions are easily neglected and suppressed, especially those which are less happy, but they can make a big impact on our lives. I use them in my art not just because of my background, but also to nudge people to ruminate on their own feelings.” 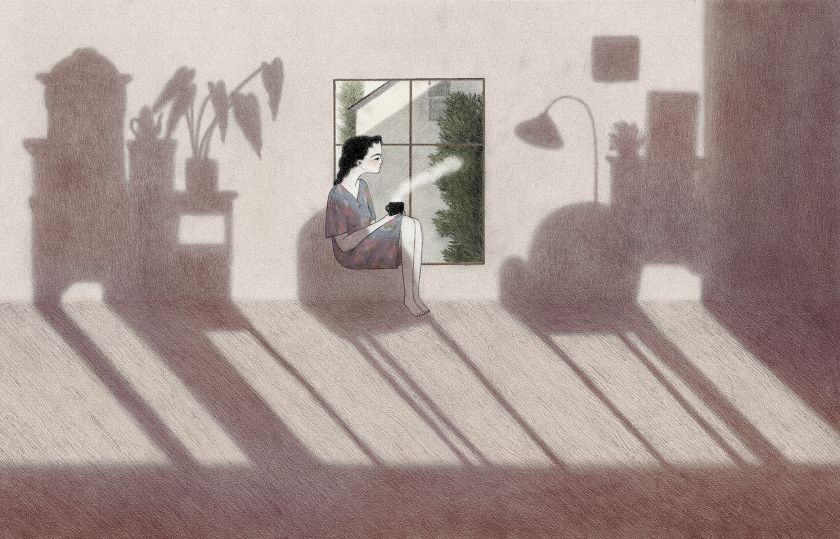 Pei-Hsin also works digitally, but with traditional methods in mind

In fact, emotional responses and the ability to dig into her feelings are what Pei-Hsin draws upon for both her commissioned and personal work. “I am quite sensitive, even to mundane things, which brings up various feelings and emotions,” she says. “This might be why I can always feel and relate to the article or story I’m assigned. Instead of using facial expressions, I like to use mundane elements to convey these emotions so people can feel familiar and empathise or sympathise easily.”

Pei-Hsin works with both traditional and digital mediums, but analogue methods often dictate how she works. “Because of my love of graphite, I mimic the texture of pencils with digital brushes and draw like how I draw on paper, one stroke after another, and pile them up into different tones,” she says.

“Nowadays, with just a couple of clicks on drawing software, a perfect gradient can be easily created. But I still like the old-fashioned way because drawing to me is an emotional act. The texture of how strokes pile up and the tones they become are also the texture of the emotions I try to visualise.”

What about more upbeat emotions? Is there a particular project Pei-Hsin is proud of? “I’m very proud of my recently published picture book, El Pescador y Su Alma (The Fisherman and his Soul), published by Grupo SM,” she reveals.

“It’s adapted from Oscar Wilde’s tale of the same title; a story about the relations between love, body, soul and emotions. It’s my first picture book and my first longer narrative work. I experimented with new things in the visual narrative, such as the sequence and layout, and I’m very happy with the outcome. The book is available in Spanish and will soon be published in Mandarin. Hopefully, it’ll be published in English one day.” 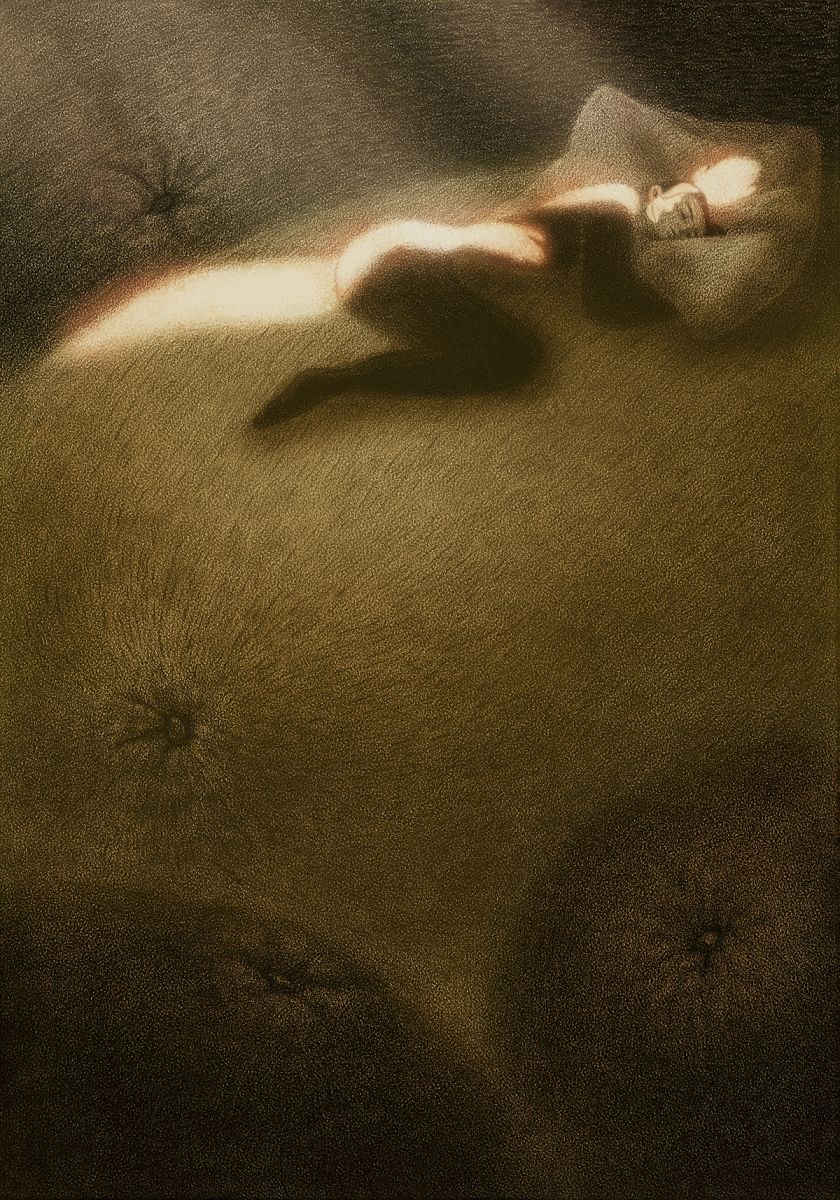 Pei-Hsin now lives in London after growing up in Taiwan

When she’s not illustrating and creating picture books, Pei-Hsin also animates. A long-time fan of animation in general, she was also fascinated by the idea of bringing her illustrations to life. “I’m very happy I made that choice as it widened my world of visual storytelling,” she says.

“There are many programmes now where people can do simple animations, and I would recommend starting with animating simple movements. The most basic one all animation students practice in the beginning is the ball bouncing animation. This motion includes many fundamental aspects of animation that are used all the time, such as the path of action, arcs, momentum, timing, key drawings, in-between drawings, weight, speed, and the substance of an object.”

Pei-Hsin is currently working on editorial illustration and animation jobs. However, she’s also started working on a new series of illustrations in collaboration with a coyly-unnamed British photographer. “It’s a project combining photography and illustration, and I’m very excited about it!”

No comments to show.